The concept of Zone31 was inspired by a few seemingly disparate sources. Athletes, particularly basketball players like Michael Jordan and Reggie Miller have been known to enter a heightened state of awareness they call “the zone.” In the moment of truth, a great player rises to the occasion. The mind slips into a trance-like state to adapt under pressure. When the scales fall, time appears to slow down. Awareness on this level allows the player to bend reality according to his will.

Of course this phenomenon is not limited to sports heroes, as there are many other high-pressure circumstances which can produce this adrenal state naturally. Public speakers, comedians, musicians – even con artists are known to manipulate reality according to the will. 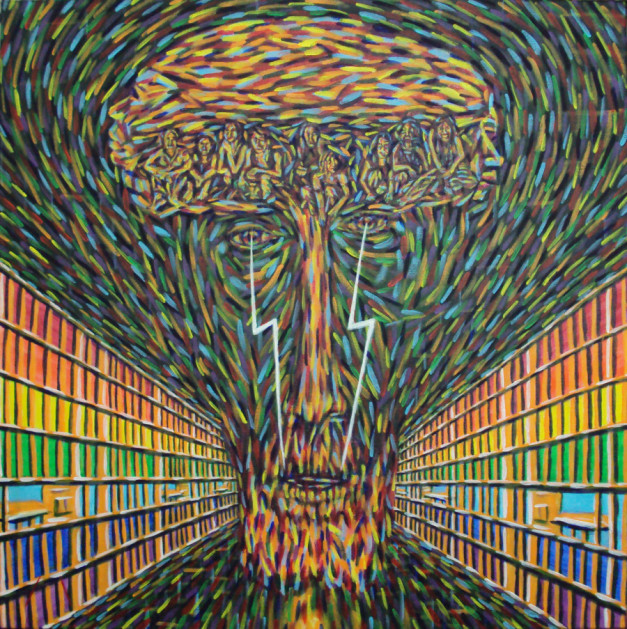 This kind of reality bending can also be achieved using methods such as ritual magic. Occultists, shamans, and prophets can manipulate the reality of their culture at large – according to the spiritual communications they are capable of. In gematria, the numbers 31 and 32 symbolize the elemental state of fire. While 32 stands for the physical aspect, the number 31 represents the spiritual characteristics of fire. Fire is symbolic of communication with God, whether seen as holy or infernal. In the Kabbala, the sun is represented twice, separating the physical phenomenon from its spiritual source. In the Bible, both heaven and hell, as well as the LORD himself are described as a consuming fire.

Lasting more than 6 months at minimum, the rite of Knowledge and Conversation (AKA the Abramelin) is a long, drawn-out, intense isolation ritual widely regarded in the world of the occult as the ultimate initiation. Those who have completed this rite bring back knowledge from the spiritual realm and are charged to disseminate some of that knowledge among the uninitiated. This is the reason why Zone31.com exists. This website is an oracle of conversation directly with the gods. Begin with the Process, then follow one path to initiate a conversation with the divine. Read between the lines.

Singularity = the source, a unity of all as 1

Abrasax = the higher mind, also a unity of all as 1

Lucifer = the lower heart, concerned with ego-fulfillment in ideals and matters of monogamous love

Baphomet = the lower mind, concerned with ego-fulfillment in works

Satan = the lower body, concerned with ego-fulfillment in the carnal aspects of existence